Custom Search
Technically, precious metals are rare metallic chemical elements with high economic values. A metal is deemed precious if it is rare and commands a high market value due to high demand.  Aluminium was once considered a precious (even more valuable than gold!) until the development of the process which enabled it to be extracted on large scales.


Two of the most well known of these valuable metals are gold and silver, more specifically, sterling silver. Even though they are used in multitude of industrial purposes, they are better known for their wide use in art, jewellery, and coinage. 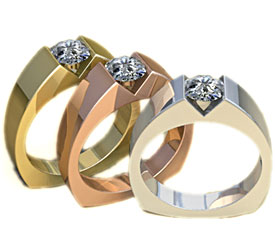 Gold, silver, and copper occur naturally. They are all found in the metallic state in the earth's crust. They can be found either as nuggets (large chunks) or as small flakes.

The platinum group metals are also known as precious. They include:


Even though silver is substantially less expensive than the other precious metals, it remains one of the most popular and sought-after metals for coinage and jewelry.

Many of the high end jewelry is made from or with a combination of gold, gold filled, sterling silver.